Images on this page come from the Lancaster Historical Society's website.

The first settlement made in the Lancaster community was in September 1844 by Roderick Rawlins. Mr. Rawlins and other members of his party had secured "headrights" from the Republic of Texas. A few years later, M. M. Miller, Sr., a son-in-law of Roderick Rawlins, established a trading post settlement about one mile north of Lancaster at Pleasant Run. It became a main trading center for south Dallas County.

In 1847, Mr. A Bledsoe arrived in the community and later purchased a tract of land where the present town of Lancaster is located. In the spring of 1852 Bledsoe laid out and surveyed the townsite of Lancaster, Texas. The site was plotted and planned after Lancaster, Kentucky, where Mr. A Bledsoe was born in 1801.

The information below is from the Texas State Historical Association: 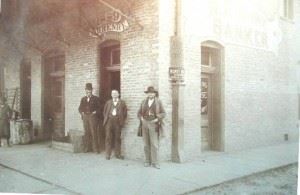 Abram Bledsoe bought half of the Roderick Rawlins survey in 1847 and five years later laid out a city plan near the community of Pleasant Run. He named his township Lancaster, after the name of his birthplace, Lancaster, Kentucky. Bledsoe brought with him his daughter, Virginia, a schoolteacher, who married Roderick A. Rawlins, the son of Roderick Rawlins, a settler in the area since 1845. The White family of Tennessee moved to Lancaster in late 1851, and R. P. Henry, a native of France, moved his family to Lancaster in the early 1860s. A carding machine was operated in the community in 1850. Dr. H. J. Moffett established his drugstore and practice there in 1851. In 1860 a post office was established in Lancaster. With the advent of the Civil War a Lancaster volunteer company was raised and became part of the Fifth Texas Cavalry. A pistol factory manufactured the Tucker-Sherrod Colt Dragoon, an exact copy of the .44 caliber Colt Dragoon, for the use of Confederate troops from Texas. R. P. Henry, an engraver, worked at the factory. After the Civil War ended Henry established a general store. Eventually, on May 22, 1887, Lancaster was incorporated. In 1885 the population was estimated to be 550, and by 1900 it had risen to 1,045. A money-order office was operating in Lancaster by 1880, and in 1887 the Lancaster Herald was established by Joe T. Green. The Lancaster Tap Railroad, completed in 1890, connected Lancaster with the Houston and Texas Central at Hutchins, south of Dallas. In 1905 the H&TC bought the Lancaster Tap, which was finally abandoned in 1934. Another railroad, the Dallas and Waco, was built through Lancaster in 1888. In 1891 this railroad became part of the Missouri, Kansas and Texas, running from Dallas to the Gulf Coast of Texas. In that same period, two roller mills and three cotton gins were established; and two academies, the Lancaster Masonic Institute and Lancaster Female Institute, opened. By 1897 the town also had a public school that employed one teacher and had an enrollment of fifty-six students. The city also had Methodist, Baptist, Disciples of Christ, and Presbyterian churches, a chapter of the International Order of Odd Fellows, and a Masonic Temple. 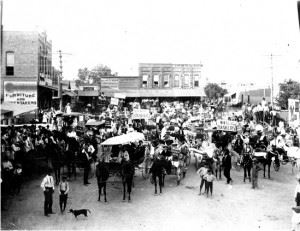 After 1900 Lancaster's population rose slowly. In 1925 the town had 1,200 people, a flour and cottonseed-oil mill, a Western Union Telegraph station, the White and Company Hotel, and the First National Bank. The town was connected to Waco by the Waco-Dallas Interurban in 1911. From 1930 to 1960 Lancaster's population more than doubled, with an increase to over 7,000 by the latter year. Cotton oil and printing companies were Lancaster's principal industries during this time. In 1953 a chamber of commerce was established in Lancaster. 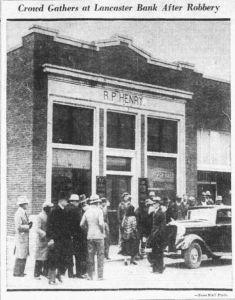 Other points of interest include the Randlett House, a Victorian style two-story house built in 1896, and the Rawlins Homestead, built in 1855 and later reconstructed in the Greek Revival style. 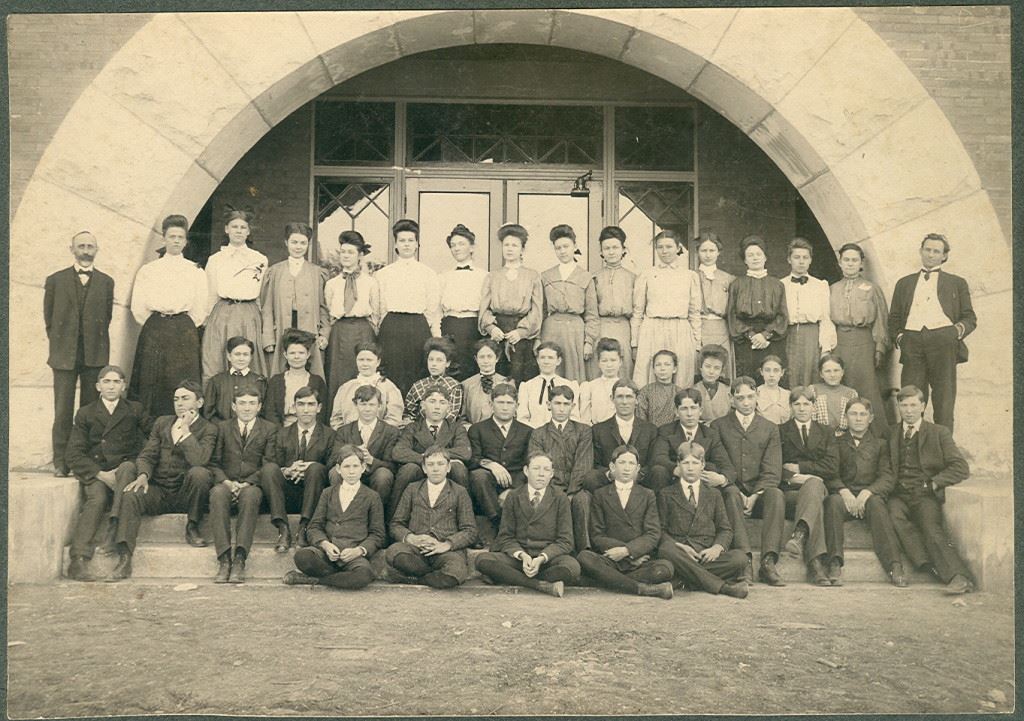